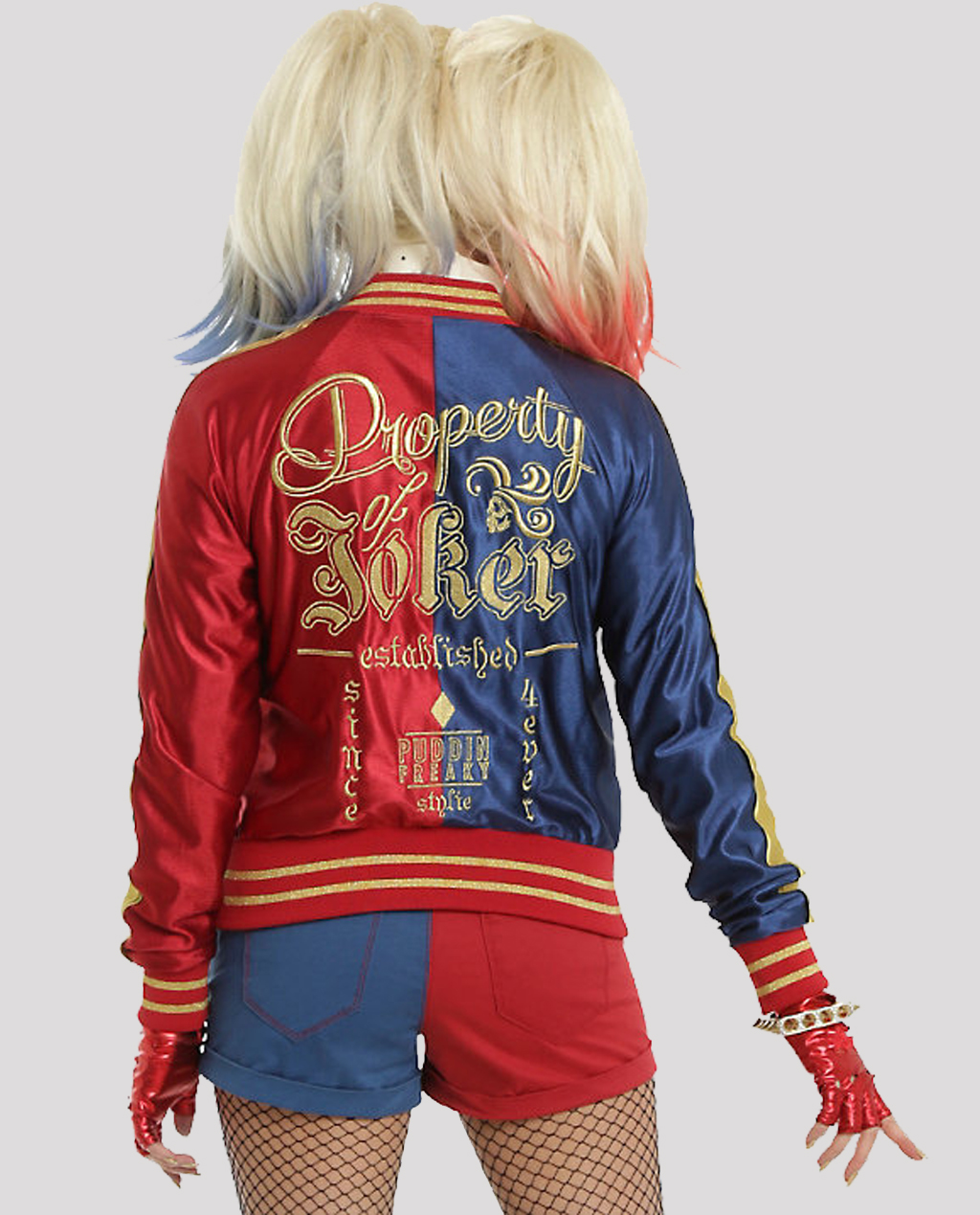 Dr. Harleen Frances Quinzel, also known as Harley Quinn first appeared in the Batman: The Animated Series episode “Joker’s Favor“. In this episode, Harley Quinn served as a humorous obsessed lover to the Joker. In beginning comic appearances, her character appears as a fearless character completely in love to the Joker who is totally oblivious to his psychotic nature and obvious lack of affection for her. Harley Quinn characterization has remained consequently more or less consistent throughout her appearances. Harley features athletic, agile and dangerously unpredictable in a fight. She is a formidable opponent in her own right. She seems more of a super villain, gag-themed weaponary and kills civilains for Joker.

In the movie, Quinn wears her famous two color outfit especially the satin jacket is very much liked by the fans. The Harley’s jacket is the best selling costume for Halloween 2016 and it is still liked by the Marvel fans. This costume is made in red and blue color with golden writing “Property of Joker” at the back. It has ribbed cuffs and waist hem.

Wahshi.com online shopping platform is for all quality Leather Garments. Our success is striving through our stylish designs, fine quality leather material and unique stitching. But with confidence.